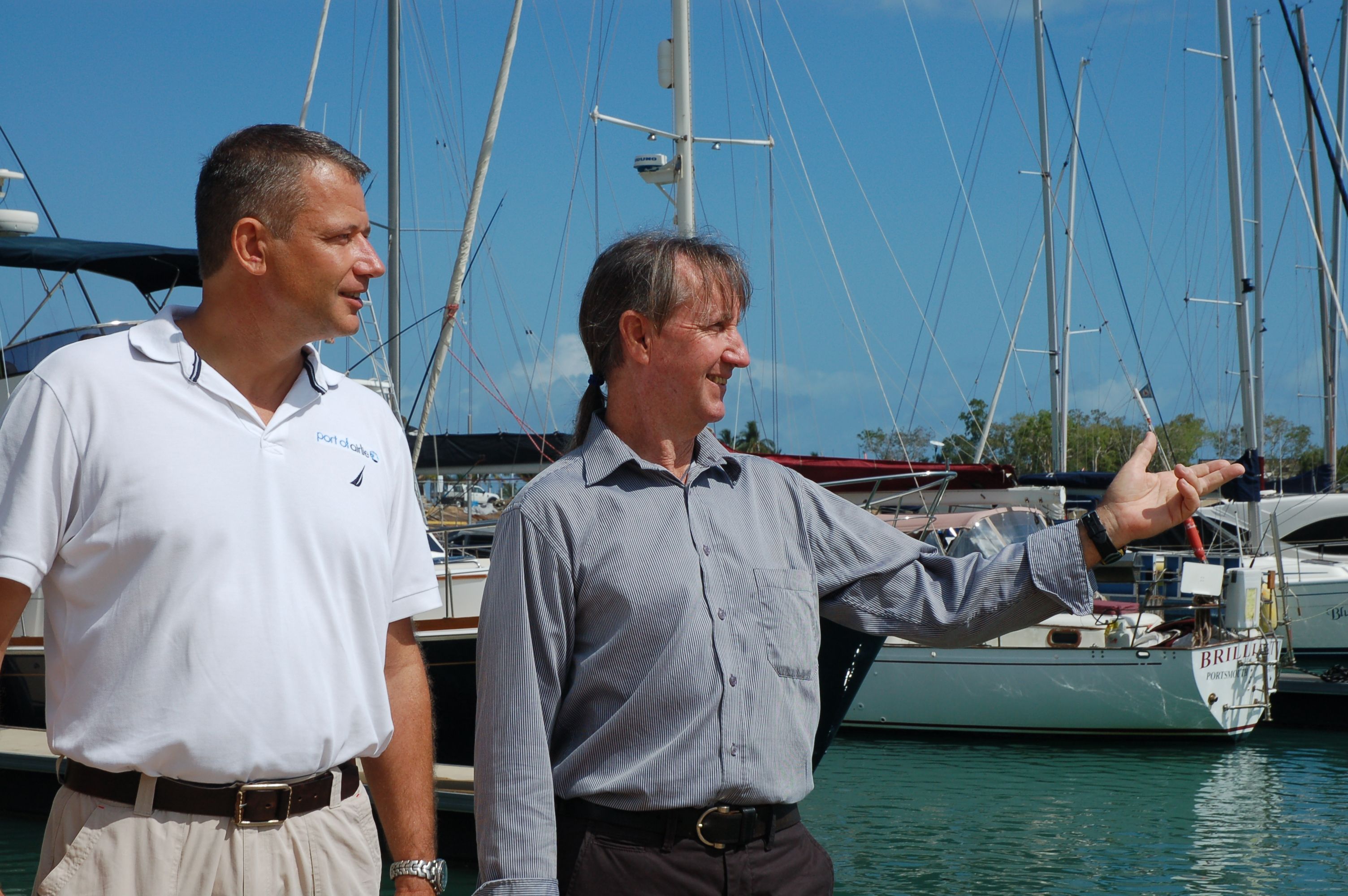 A ribbon-cutting ceremony was held on Friday, November 15, in front of a crowd of council delegates and Whitsunday Sailing Club VIPs.

According to Port of Airlie General Manager Andrew Forster, the event marked an historic moment for the Whitsunday Sailing Club and the greater Whitsunday community in general.

“The Port of Airlie team is extremely proud to hand over the completed 28-berth marina,” Mr Forster said.

He said Australians’ love affair with the water and, more specifically, Queenslanders’ demand to be close to it, are well catered for at Port of Airlie.

“We have delivered an all-tide boat ramp which was desperately needed in the region for recreational fishing and trailer boat enthusiasts while the main body of the marina is fast becoming the social hub for the larger boating set with many people taking advantage of the deep-water access and protection that Port of Airlie provides,” Mr Forster said.

Among other achievements, Port of Airlie has seen the completion of the southern extension of the boardwalk with the northern boardwalk tipped for completion by December. Earthworks are also currently underway on The Cove subdivision and car park.

While the physical achievements are great, Mr Forster said the success of the development was proven in the sales figures. He said some $25-26 million in sales (berths, apartments and land) had been recorded in the past eight months.